Once I made up the fouton with Coop’s bedding he felt right at home.  Maybe he thought we’d moved to the cabin!

When I asked about going for a ride, he was finally ready.  We had good mountain breakfasts (oatmeal for me, kibble for him) and packed up.  Our vacation had been a success.  We had adventure, mystery, thrills and more than enough to eat 🙂  It wasn’t quite over, though, as we headed home.  Through Montana fall scenery that never quit,

we headed to Libby with a planned stop at Kootenai Falls. 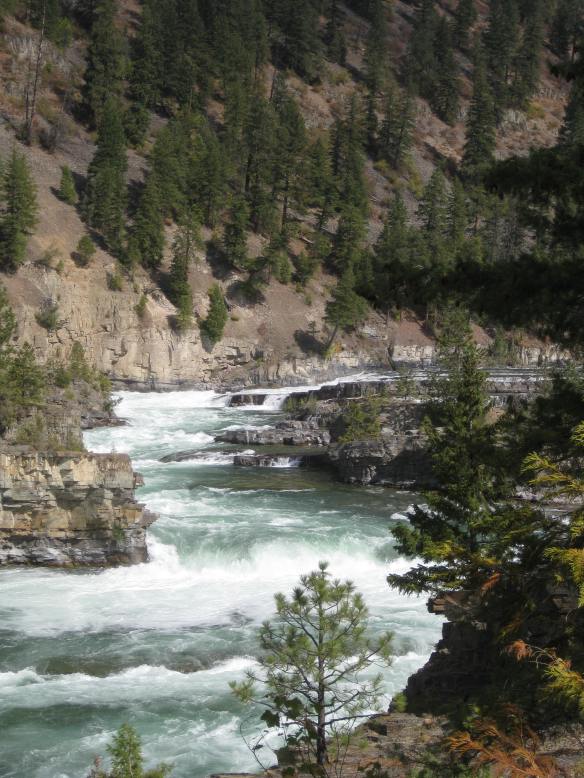 This late in the season I didn’t expect to see such a crowd, lots of fisherman and a kayak “convention”, but I still got some nice photos and, yep, more exercise! 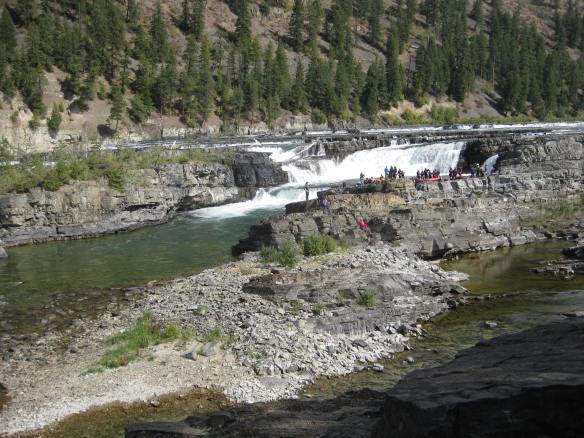 This is where they filmed part of River Wild.  Will have to watch it again now that I’ve seen the falls.  There’s an impressive suspension bridge, and on such a crowded day there was a line to cross it, but Coop would have never gone for it and I was happy just to look.  I actually ran into someone I knew there – 190 miles from home! 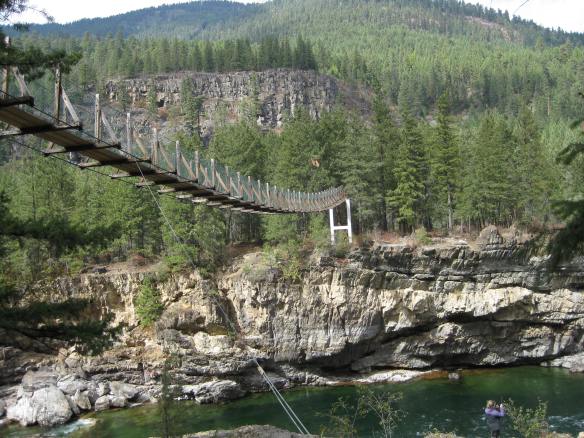 Then home.  I must say I was happy to get here and could tell Coop was too.  And since we were technically still on vacation today we slept in late.  There is no place like home!